How to take a screenshot. Here is everything you need to know about making simple and easy screenshots on different devices which are being used by people on daily basis.

The screenshot is a photo that doesn`t require a camera. But it helps us to store necessary data on our smartphones or desktops. Furthermore, we can edit and share it with others. Even we can take screenshots of videos also.

How to Take a Screenshot on Android?

This trick works on most android phones. Try it on your Android phone if it worked.

Samsung cellphone and Apple cellphone are the most popular brand of smartphones in the world. But Samsung phones are being used the most. What can be the reason behind it? Share your answers with us through comments.

See also: how to share live location on WhatsApp using an Android phone.

How to Take a Screenshot Through Third-Party Apps.

. Here are some best third-party apps. through these apps, you can take screenshots, and also can record the screen records. Az screen recorder is one of the best apps. We can take photos or record videos even from social media through this app.

. Screen touch app: Capture the moment from videos through this application.

How to Take a Screenshot From Videos?

Let`s know-how can be a screenshot captured while a video is ongoing. If you want to save a part from the video to make it memorable. So take a screenshot. We can capture a screenshot on every device but the method can be changed.

First method:  play a video in your mobile gallery. Pause the video at the place you want to take a screenshot. Look at the top right of phone you can see an icon similar to a camera. Tap on it. This is the first method.

Second method: Press the power and down volume buttons at the same time. It is the most common feature in most android mobile phones.

Third method: Use third-party apps to drag out a photo from videos.

How to Take a Screenshot on PC?

Take a Screenshot on Mac?

Take a Screenshot on iPhone?

See also: how to send at once 100 messages on WhatsApp.

Drag out a screenshot on the iPad.

Every year apple company grants us a new iPad generation. So it is ordinary that the latest generation may have new features and upgrades than the last one.

Here I will describe to you how to take screenshots on iPads.

2: To take through physical button. Press the power button and press volume up button at the same time. Not to press and hold the buttons. Press both buttons quickly and then leave it.

You may be familiar with Samsung’s tablet A7. If you’re searching for how to take screenshots on it. You are in the right place.

Screenshot on galaxy tab a7: do not hold only press the power button & volume down button. This will capture a photo.

How to take screenshots on the amazon fire tablet: we don’t have any home button option. So therefore we can use the power button and volume button to take one.

that’s all about taking screenshots. So I hope you have learned how to take screenshots on different devices. If you found the article useful then share it with others also.

The most associated articles. 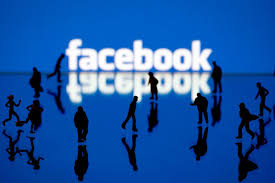 Facebook is famous as social media too. The easiest way to connect…

In the world most of people know about social media network. And… 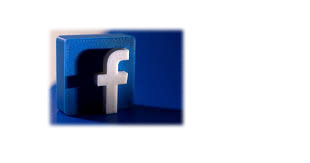